“I feel it is my moral obligation to try to graphically document what I feel socially.” – David Hammons 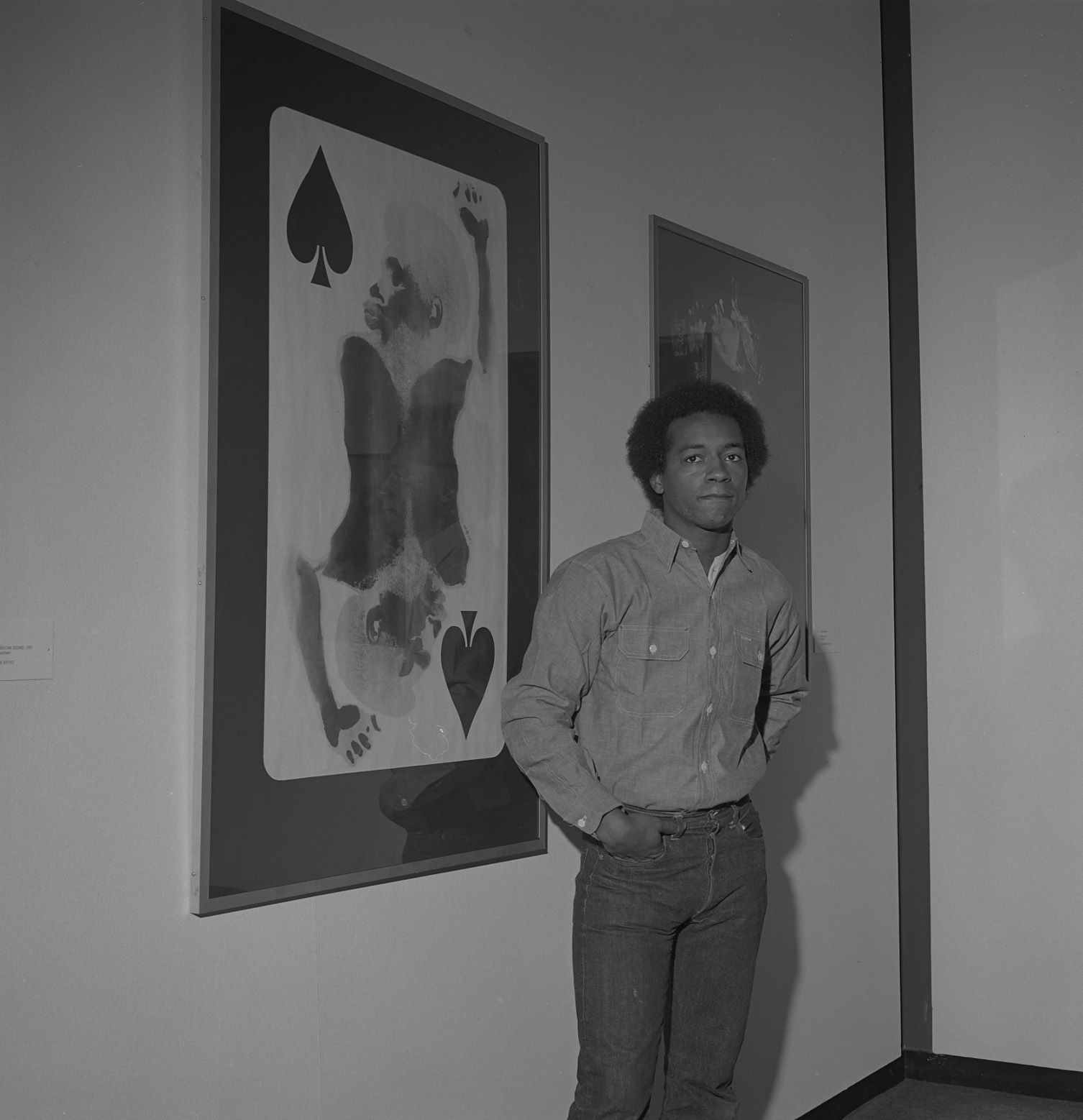 With its punchy warm tones of red and orange layered under swirling hues of whites, ochres, and blacks, Untitled (1968) is from a unique body of early works by David Hammons. In the late 1960s, Hammons was living in Los Angeles, where he had moved from Springfield, Illinois earlier in the decade to study art. 1968 was a particularly noteworthy year, as Hammons began to study at the Otis College of Art and Design under the tutelage of fellow artist Charles White. White would prove to be a particularly strong influence on Hammons, introducing him to themes he had never seen before, but which would come to define his practice. Hammons has said of his experience with White, “I never knew there were ‘black’ painters, or artists or anything before I found out about [White]…Just being in the same room with someone like that you’d have to be directly influenced.” (D. Hammons, quoted in N. Tomas, “Charles White’s Students on Why They—and the Art World—Wouldn’t Be the Same Without His Work, The Observer, October 12, 2018). 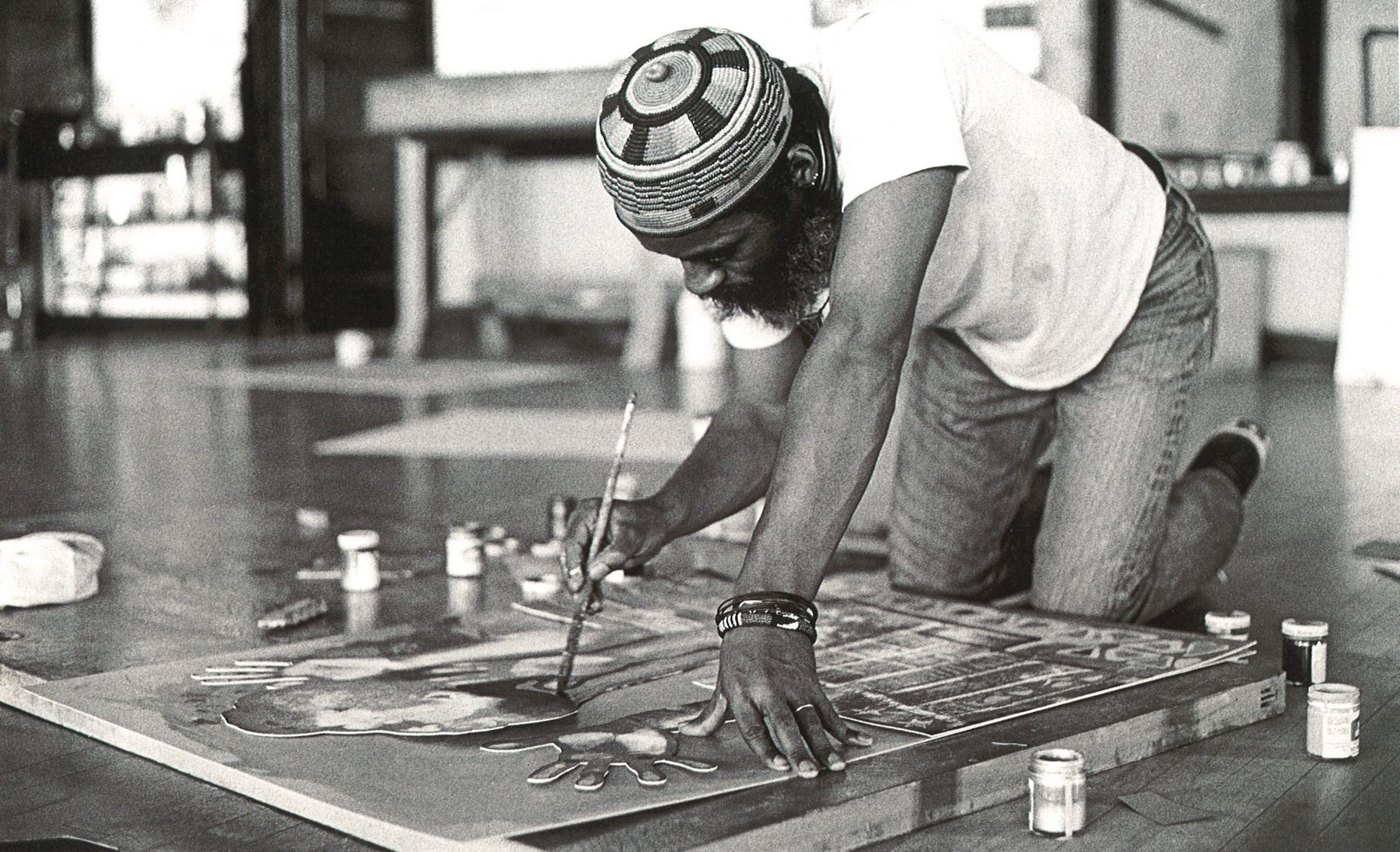 The late 1960s was also the moment Hammons began his widely celebrated series of body prints. Ushering in the conceptual practice that has since defined his oeuvre, the body prints were made by covering a body, typically the artist’s own, in grease or margarine and pressing it against the canvas. These imprints would then be coated with a black pigment to reveal the form’s ghostly presence. Politically charged, both the final image and the materials employed are, among other themes, commentaries on being a Black man in America, questioning how Hammons’ blackness influences his perception in both the art world and society writ large. Enticing and visually evocative, Hammons’ body prints quickly propelled him to a position of prominence, selling so rapidly and becoming so popular that he felt he could not continue with the series, ceasing production in the mid-1970s. This tension between his artistic output and the wider art market has become another quintessential element of Hammons’s work, and can already be seen in the present painting.

“I like playing with any material and testing it out. After about a year, I understand the principles of the material. I try to be one step ahead of my audience…It takes a long time to analyze a form—whether it be metal, oil paint, whatever—it may take them their whole lifetime to analyze this material. But who gives a fuck? There are so many things to play with.” – David Hammons 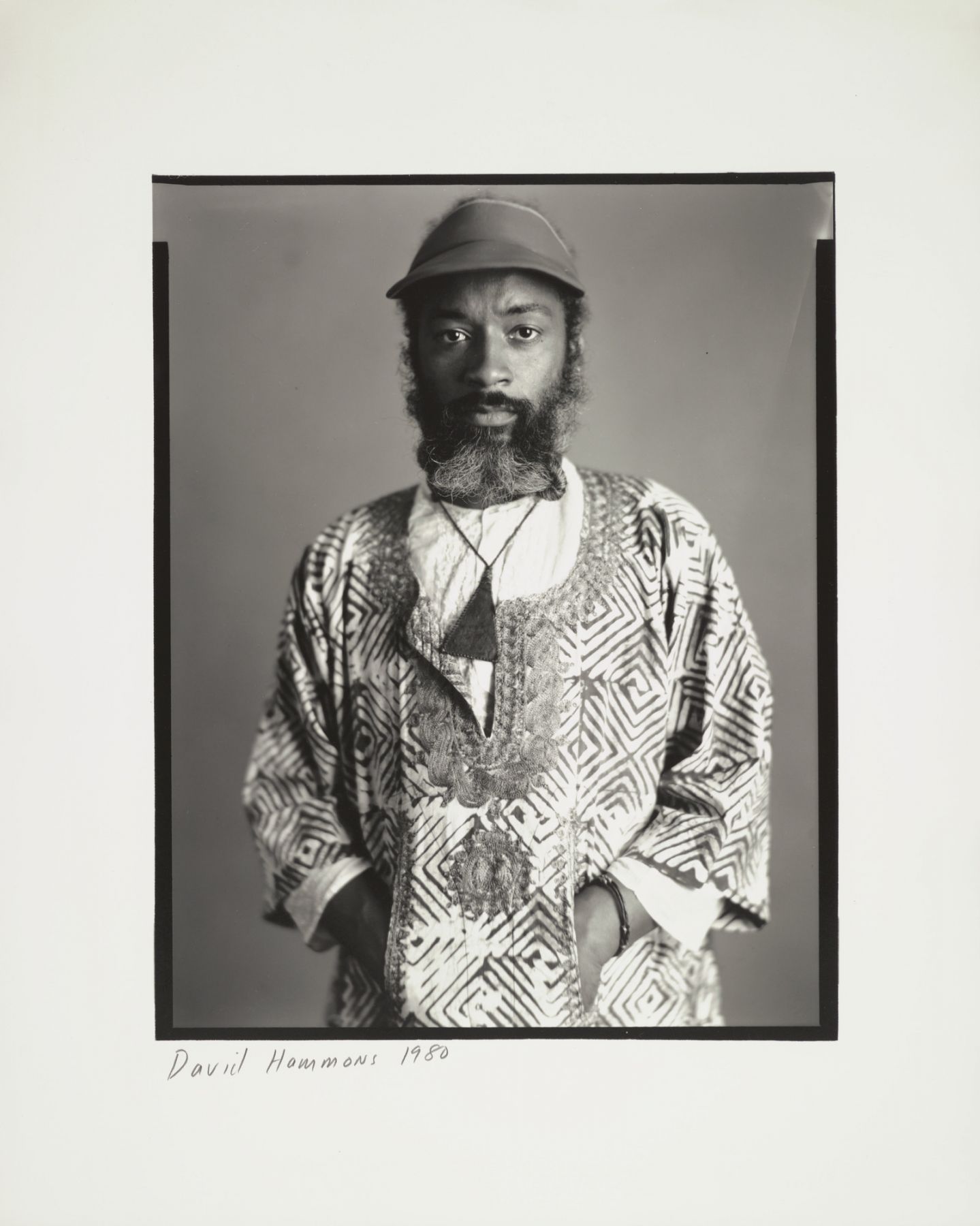 In both Untitled and the concurrent body prints, one can see Hammons wrestling with his art historical predecessors. The body prints clearly echo the Anthropométries of French artist Yves Klein, which Hammons has cited as a direct influence. For these pieces, Klein would employ models to be covered with his signature blue pigment, their painted bodies thus pressed against or dragged across the canvas, leaving a variety of imprints ranging from realistic traces of bodily form to abstract, painterly swirls of color. This second style of Anthropométry in particular bears a certain resemblance to Untitled and other early paintings by Hammons. In both, eddies and whirls of color slide and dance across the canvas, lyrical and sweeping in their abstracted silhouettes. The distinctive painterliness of Untitled similarly recalls the work of Abstract Expressionist and color-field painters such as Joan Mitchell or Morris Louis, whose prominence at that time would have been an unavoidable subject for a young artist to tackle.

While Hammons would ultimately reject this mode, preferring instead to remain utterly undefinable and constantly shifting in both subject and style, Untitled deftly illustrates a young Hammons teetering on the edge of the ideas behind the powerful and potent works to come. 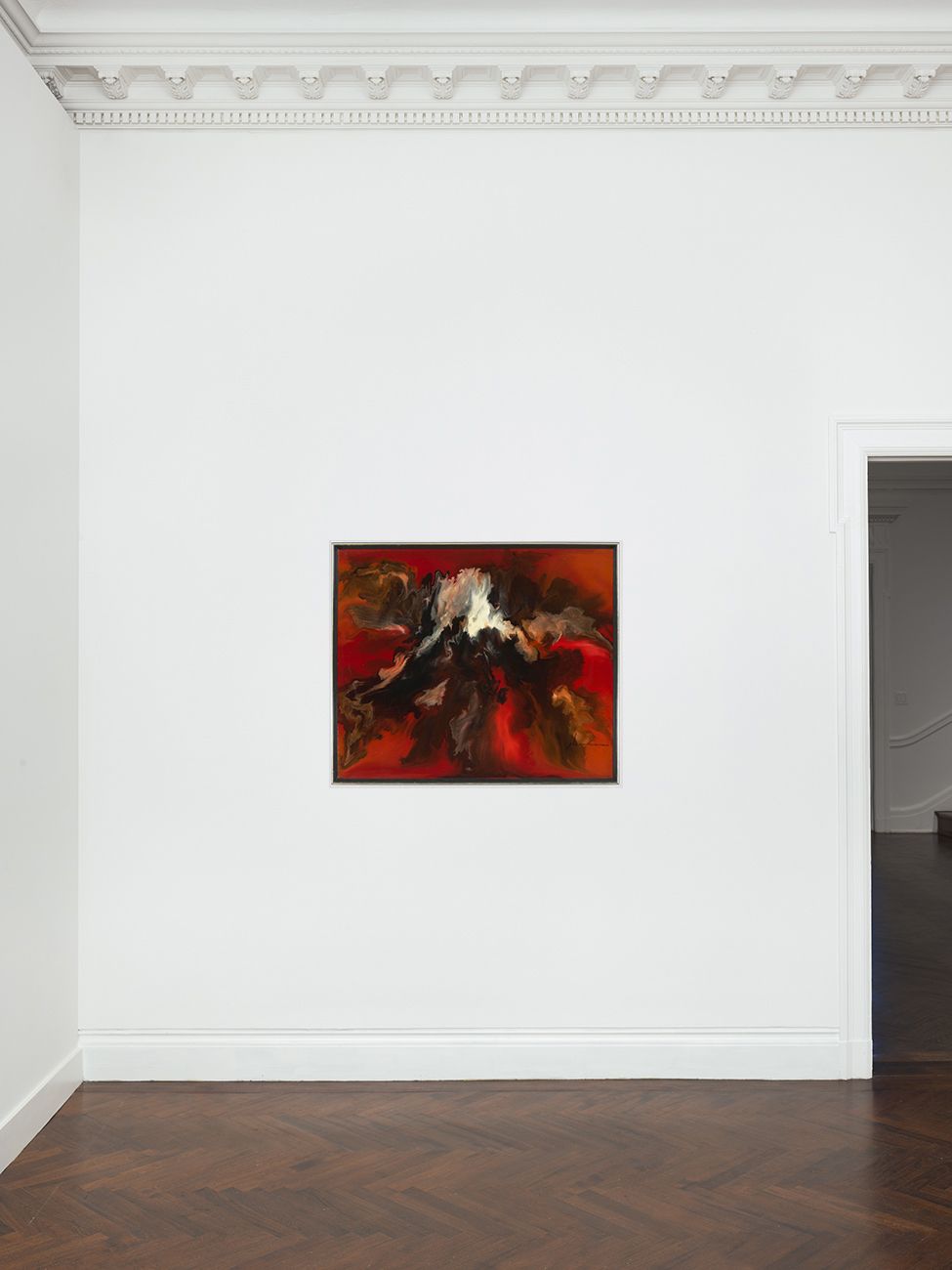 “…outrageously magical things happen when you mess around with a symbol.” – David Hammons