“Really, painting should be sexy. It should be sensual. These are things that will always escape the concept. I think painting is a resilient practice; if you look through the history of painting it doesn’t change so much and we always see it in the present. It is still now.” 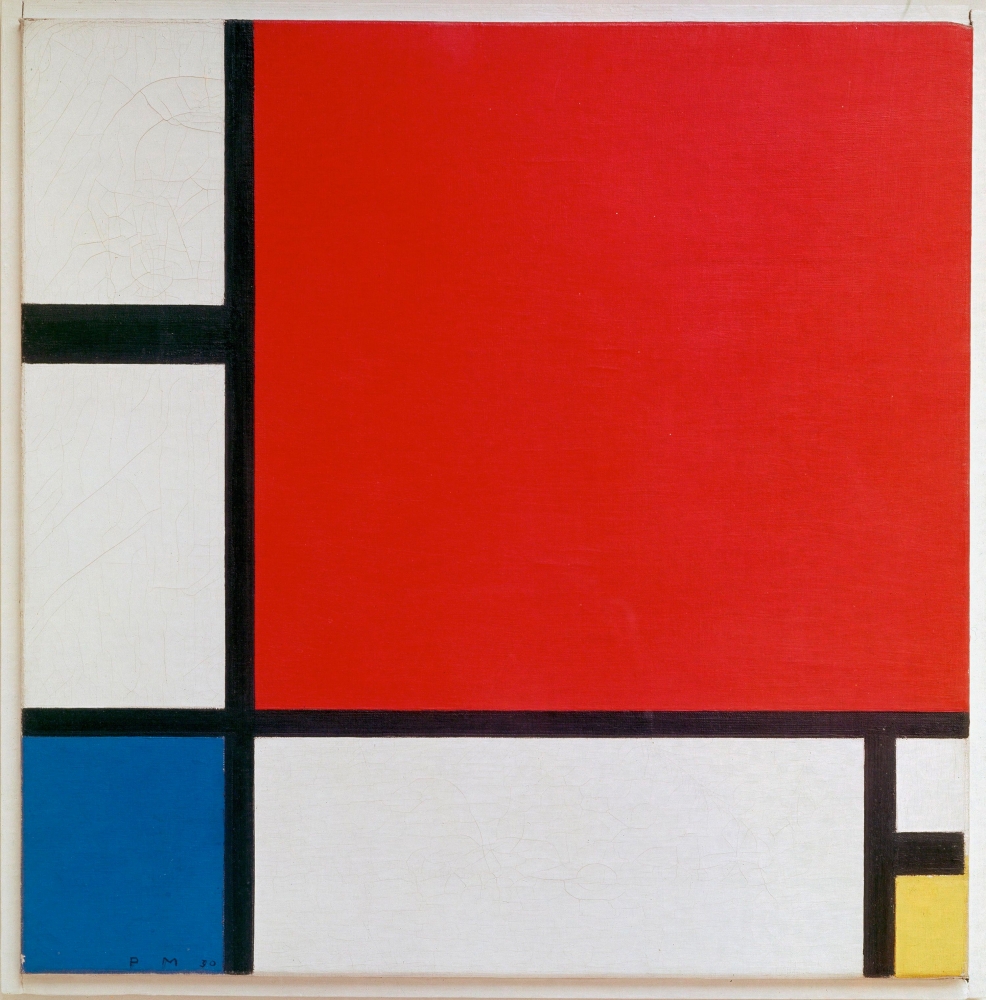 Monumental in its scale, Untitled hangs at 94 ½ x 87 inches, enveloping the viewer in its deep crimson hue. The red that dominates the canvas is built up from alternatingly precise and gestural sets of crosshatching, while small sections of white ground on the top and bottom of the canvas frame the central motif. In these sections, one notices shades of green and orange, revealing the nuanced build up of color that allows Untitled to be so rich in tone.

The present work belongs to Förg’s series of Gitterbilder or Grid Paintings. Förg began this series, comprised of both paintings and works on paper, in the 1990s and, as the name implies, it features canvases whose primary motif is the grid. Characterized by thick, sweeping brushstrokes punctuated by more exact, minimalist lines, the Grid Paintings are simultaneously expressionistic and intimate, gestural, and precise. In Untitled, as with many other works in this series, the crosshatching feels architectural. This architectural interest in form and space serves several functions that are key to Förg’s work. Almost immediately, one can relate the grid-like structure to a cityscape. Early in his career, Förg was interested in photographing the buildings in his native Germany, imbuing the paintings in his subsequent career with an innate relationship to urban life. Likewise, it places Förg within a vital lineage of artists who shared similar interests, most notably those affiliated with the Bauhaus and De Stijl, as well as Piet Mondrian. Förg would have anticipated and aimed for this connection, as art historical references abound throughout his oeuvre. 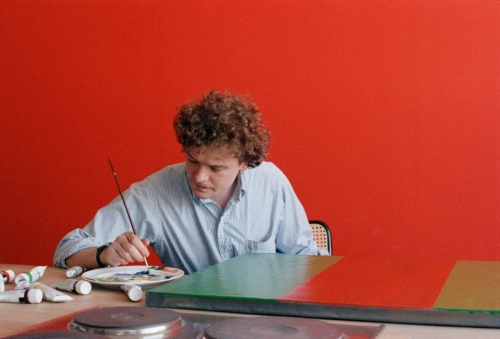 On a similar level, the grid-like form evokes a window that the viewer can be either peering into or out of. This compositional device relates to Förg’s earlier series of Window Watercolors (Fenster-Aquarelle), which specifically aimed to examine this popular motif, and which laid the groundwork for the Grid Paintings. Visually, the evocation of a window draws the viewer’s attention towards the work’s objective existence as an object—the framing seen on the canvas controls the gaze, reminding its observer of the work’s status as a painting, nothing more. Throughout his career, Förg placed a higher premium on the compositional and formal qualities possessed by a painting over any conceptual framework. As he has stated, “For me, abstract art today is what one sees, and nothing more.”

Through the deceptively simple composition and color choice, Untitled reflects numerous important conceptual principles that long underpinned Förg’s practice: a formal purism, a sense of the artwork as an object, and an architectural interest in space, both real and illusory.

“For me, abstract art today is what one sees, and nothing more.”